Earlier today, it was reported that Treasury Secretary Yellen said that interest rates will have to rise a little bit to make sure our economy doesn’t overheat. This comment is sending shock waves through the market as Federal Reserve Chairman Jay Powell promised to keep the fed funds rate near zero until 2023. Now everyone is asking who is the boss when it comes to interest rate policy for the United States, is it Yellen or Powell?

Treasury Secretary Yellen is the former Federal Reserve Chairwoman. She served under the Obama Administration and was no stranger to the current easy money policies that the Federal Reserve has in place today. Currently, the fed funds rate is at 0 – 0.25%. The  central bank is also buying $120 billion a month in U.S. Treasuries and mortgage backed securities. So it is safe to say that the easy money policies by the central bank have been the main catalyst for the stock market surge. Any rate increase by the central bank will likely halt the current stock market rally in its place.

The U.S. Dollar Index (DX) will likely strengthen should the Federal Reserve increase rates. A stronger dollar will generally hurt the multinational corporations. Higher rates will also hurt interest rate sensitive equities such as utilities, real estate and technology. The financial stocks will usually be the beneficiary of higher rates as has already been the case in 2021.

We can only wonder if the timing of the potential rate hike announcement was just meant to cool off the recent stock market rally without actually taking any action. After all, there are parabolic charts everywhere right now and most traders know that these chart patterns are unsustainable. Throughout all of the years in this business I have noticed that all of the central bankers usually stick together. So when it comes to who is the boss regarding rate hikes I must say that Secretary Yellen and Fed Chairman Powell probably coordinated today’s press release together. Lately, there have been a couple of Fed Presidents that have noted the current inflationary pressures in the market and jaw-boning seems to be their first tool of defense before taking real action. 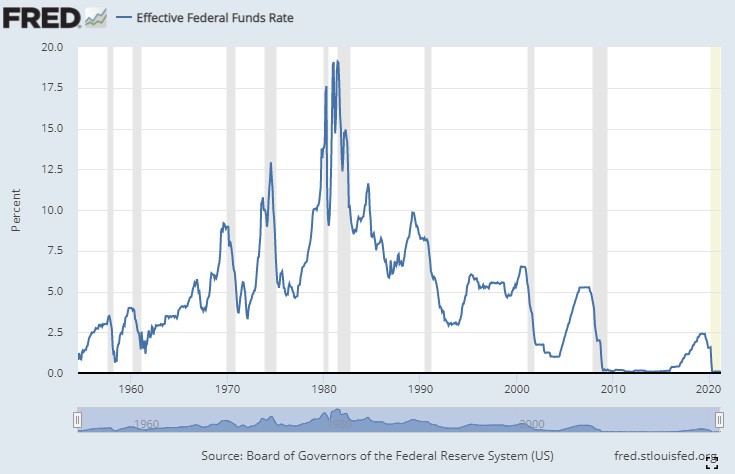