The Federal Reserve is doing what it does best. However, the Federal Reserve collapse is coming. Trying to cure a systemic long-term problem with a short-term fix, that is what they do best. The problem is, the short term fix feeds into the longer-term collapse. The more money printing that goes on, the quicker the United States gets to the long-term collapse. To put it in simple terms, the Federal Reserve has been pushing interest rates lower and printing trillions of Dollars to fix the economic distresses of the last 12 years (from the Great Recession to Covid). The more printing of money (easy money policy), the weaker the Dollar will become. The Dollar has dropped 10% of its value in just the last few months. The weaker the Dollar becomes, the more goods will cost (as we import over 95% of everything). The higher prices rise, the more inflation bubbles up. The Federal Reserve has said they want more inflation. So good right? Not really, as inflation bubbles up, the Federal Reserve will have to back off on the easy money policy. The main problem with that is, easy money policy is what has allowed the stock market to expand valuations to bubble levels. At some point, if the Dollar declines further and inflation spikes, the Federal Reserve will be forced to stop being the backstop of the stock market. When that happens, economic ruin will take place as valuations will drop by 50% or greater on most stocks.

A good example of this would be Apple Inc (AAPL). The forward P/E of Apple one year ago was around 16. The current forward P/E is now 31. That is an almost 100% increase in valuation (not backed up by any fundamental metric). In fact, you could argue that Apple has more risk now with threats of China retaliation to Trump banning TickTock. When the unwind (lack of backstop from the Fed) happens, it will mean Apple likely has to drop 50% at a minimum.

This all ends badly with an economic collapse that rivals the Great Depression. The Federal Reserve collapse will be complete when they are dissolved and the fiat currency system switches to a crpto-currency style system where printing of the currency will not longer be controlled by the Federal Reserve or the government.

——>>>Members of Verified Investing Alerts have closed out 148 swing trades already in 2020 for a net gain of 1,218.93%. Join now and get the exact entry/exit price alerts, stops, targets. Email and text alerts. Daily Videos posted with trade/market analysis and $1,000 worth in education monthly! Swing trading has never been so profitable! Get The Action NOW by Clicking HERE  <<<<——— 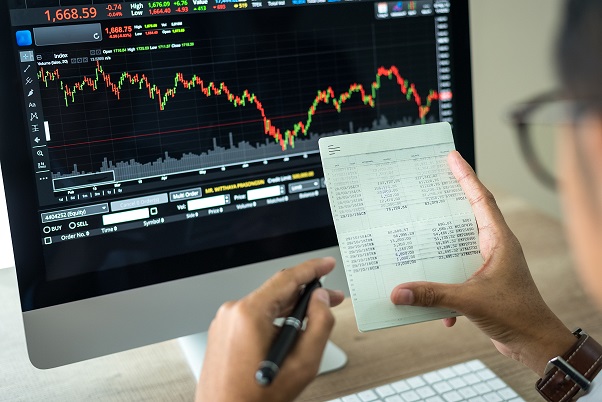