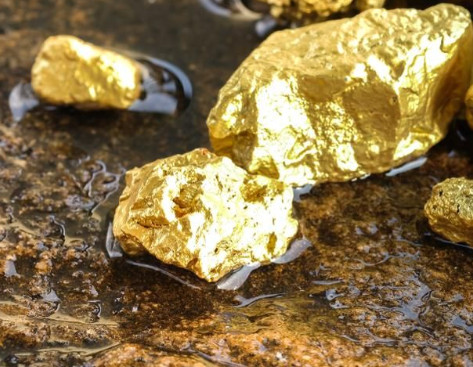 It is fair to say that gold futures (GC) and gold miners (GDX) have been very strong since September 2018. At that time, the Vaneck Vectors Gold Miners ETF (NYSE:ARCA:GDX) traded as low as $17.28 a share. That low was also a major reversal from a long down-trend that starting in August 2016. So it is easy to see how these trends in gold miners last a long time, usually several years.

The current up-trend in the GDX is around 17 months long. The recent daily chart top was on made on September 3, 2019 at $30.96 a share. Then on November 12, 2019 the GDX traded as low as $25.97 a share before moving back up. Today, the GDX is trading around the $29.00 area which is still below the September 2019 top. It should be noted that the GDX is still holding above its 50 and 200-day moving averages which puts this in a very strong uptrend on the charts.

When I look at the GDX on a weekly and monthly time-frame it appears that the GDX is consolidating to ultimately move higher down the road. In the short term, it looks like the GDX could do some more backing and filling, but the next major break-out in this industry group still looks like it will be at least several months down the road, if not longer. I have seen this pattern before and this is a tricky setup. In my humble opinion, the GDX has higher prices in the cards, but just not right now. I would remain patient with the gold miners until the larger time-frame consolidation is complete. 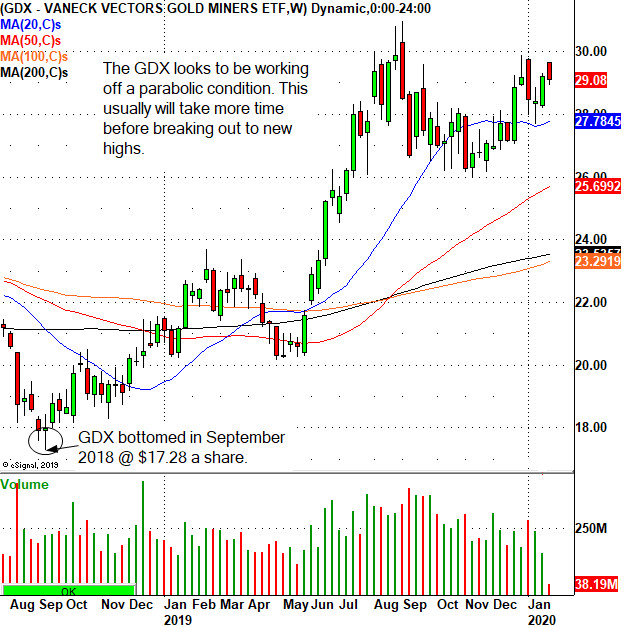