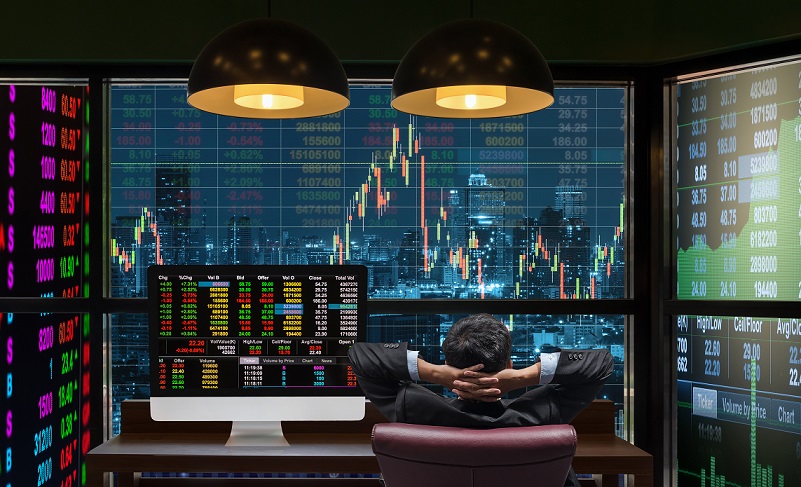 The Shanghai Composite is likely set to rocket from its current 3,418 recent close to as high as 20,000. This is a 3 year target. The metrics are easy to grasp. The first thing is to note the Bitcoin (BTC) chart below. Notice the wedge pattern prior to the breakout. 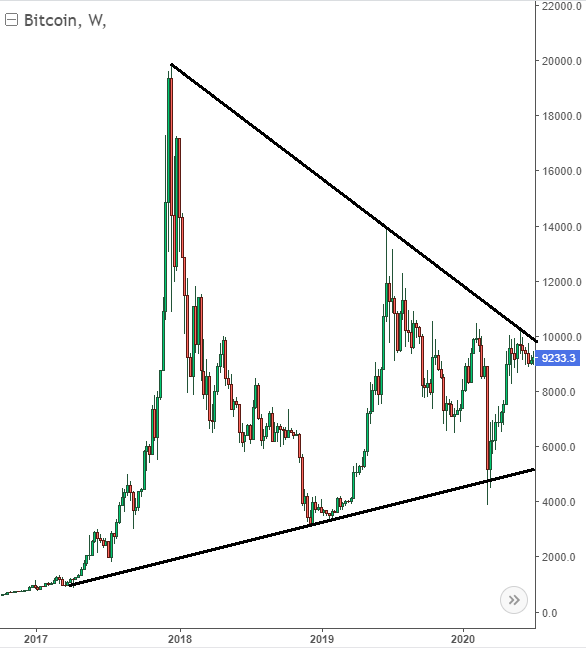 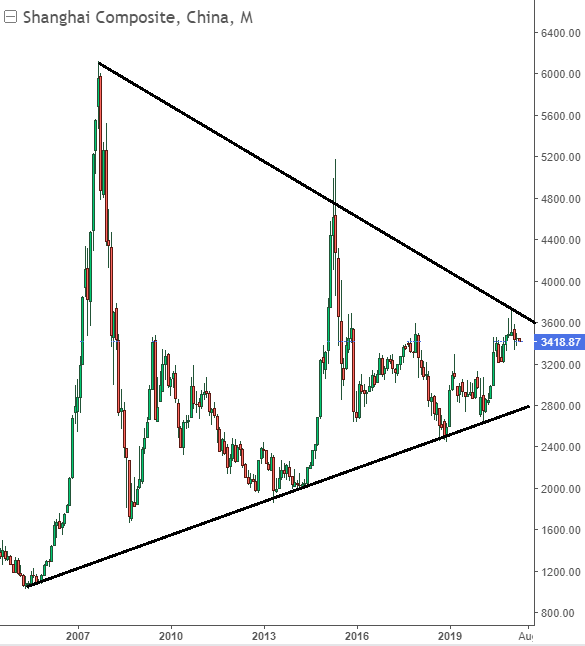 Many investors will ask, why does a chart pattern dictate the same move? The answer is, it doesn’t by itself. However, the similarities between the Shanghai Composite and Bitcoin are far too many to ignore. First, the Shanghai Composite is a newer market much like Bitcoin that has limited global investors. China continues to keep investments redistricted, keeping capital out of their equities markets. In addition, the transparency of Chinese companies is something that investors all over the world are concerned with. Recently, the SEC stated that Chinese companies traded on US exchanges would have 3 years to report earnings based on generally accepted accounting principals (GAAP) or risk being delisted. The concern over transparency has  been one of the main concerns for Bitcoin over the last few years as well. There are many more similarities between the Shanghai Composite and Bitcoin but suffice it to say, I expect China to start to open their markets up over the next few years. Transparency is a great thing and capital will rush in. This will help boost the Chinese economy and give it the ability to avoid future deep recessions. In addition, as US markets mature after all the stimulus, institutional investors will shift their eyes from US markets to higher growth markets like China. A Shanghai Composite surge much like Bitcoin is likely in the cards. Please note, for the breakout to take hold, the Shanghai Composite must break through 3,550 and hold. It currently has not broken out. I expect the Shanghai Composite to hit 20,000 within three years. Below you will see the Bitcoin chart, with the surge included. I expect the Shanghai Composite to look much the same in the coming years. 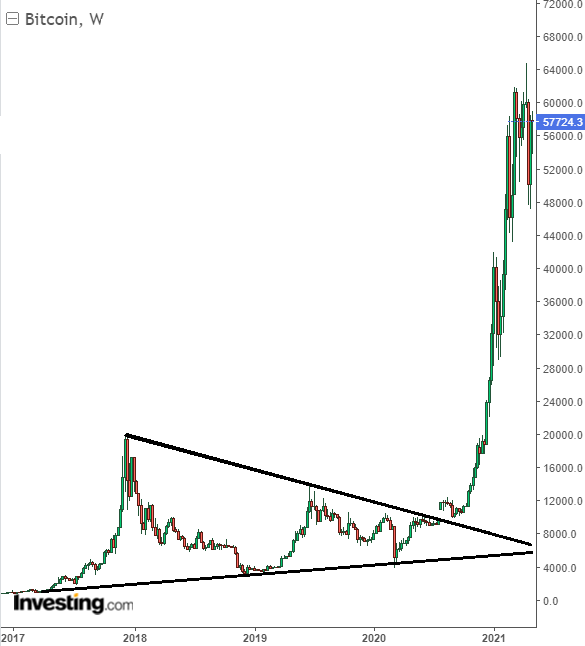