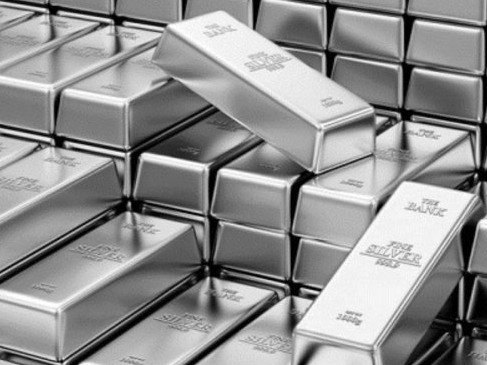 Almost everyone is talking about the recent trading activity in Gamestop Corp (GME), AMC Entertainment Holding Inc (AMC) and many other highly shorted stocks. The Reddit boards are now saying that silver is the next equity to soar higher. This morning, we are seeing silver futures (SI) trading higher by 10% to $29.83 an ounce. Many silver stocks such as First Majestic Silver Corp (AG), Pan American Silver Corp (PAAS) and others are catching a strong bid this morning.

Traders must remember, silver is a different animal than Gamestop Corp (GME). Gamestop Corp (GME) is a failing stock that had a lot of institutional shorts in it. Eventually, the short traders in Gamestop (GME) will either cover their short position for a loss or continue to hold the position until the stock drops. That is really the two choices here. Now silver is viewed by many as a real store of wealth. Many people actually own silver and gold as the central banks around the world print infinite amounts of money. After all, gold and silver have been viewed as real money since biblical times.

Silver also has many industrial uses. It is used in televisions, batteries, cell phones, cameras, watches and many other electronic products. Believe it or not, silver is also antibacterial. It is used in many medical devices such as surgical equipment, hearing aids, catheters, creams, and even water filtration systems. The uses for silver are really too many to list, but by now you get the idea.
In April 2011, the price of silver futures (SI) surged to $49.82 an ounce. Currently, silver futures are trading around $30.00 an ounce. Unlike Gamestop Corp (GME), AMC Entertainment Holdings Inc (AMC) and other small cap stocks, silver is actually needed. Silver cannot be printed by central bankers and actually has a real fundamental reason for going higher. While I was expecting silver to skyrocket in the next few years this might be the start of the move higher. After all, the silver slippers were the magic shoes that the character Dorothy used from the book, Wizard of Oz. Hopefully, everyone knows that the book was talking about the future of the United States.

Either way, any equity that goes higher can and will ultimately come down at some point. Silver unlike the highly shorted small caps is here to stay for the long term. It has been around since the start of recorded history and will likely be around until the end of time. Silver is an entirely different animal than Gamestop and it’s peers, it is sustainable for a future rally. That is why I personally own silver coins and bullion and always will. 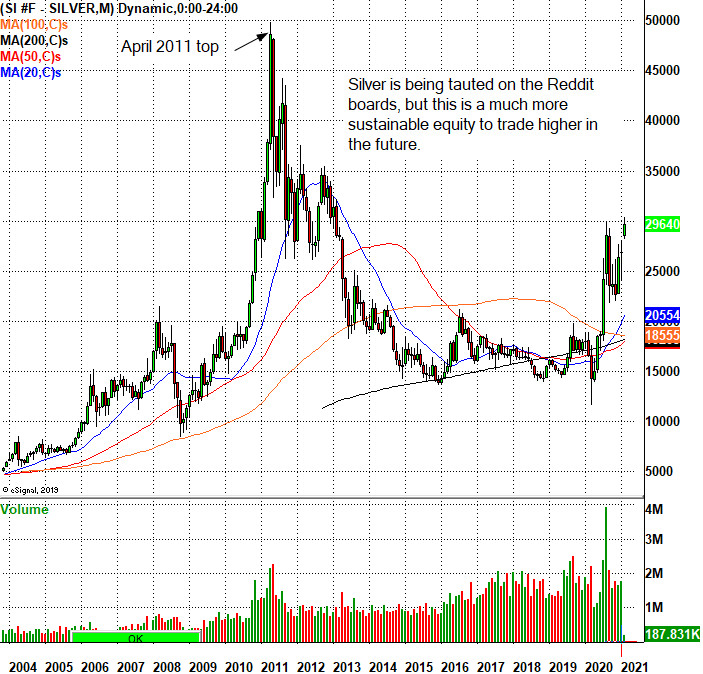