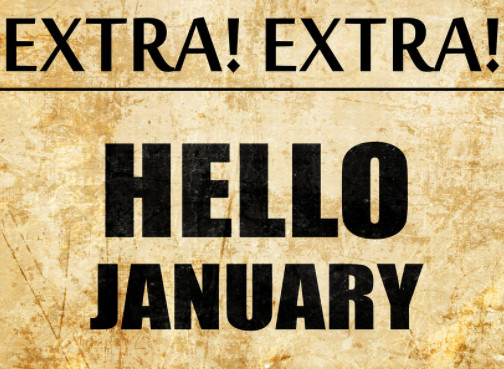 The first trading session of January is starting off with some serious sell side action. All of the major stock indexes are coming under pressure after a decent gap higher open. This morning, most leading sectors are falling. It seems there is some profit taking going on by the institutional crowd to start the new year.

Traders and investors should note that the market was filled with froth going into the end of 2020. There were lots of hot IPO’s being pushed out that made no money. Last year, we saw tons of SPACs (special purpose acquisition company) arriving on the scene. This is a good sign of froth as well. There were also lots of micro-cap stocks that surged at the end of 2020. This is what is called a dash for trash and often a precursor of a short term market top.

This year is starting out with a heavy sell session that could spoil the Santa Clause rally. The Santa Clause rally is defined as a rally in the last 5 trading days of the year followed by the first 2 trading sessions of the new year. Every trader should remember the old saying by Yale Hirsh, if Santa should fail to call, bears may come to Broad and Wall. Get ready, 2021 will likely be another year to remember. 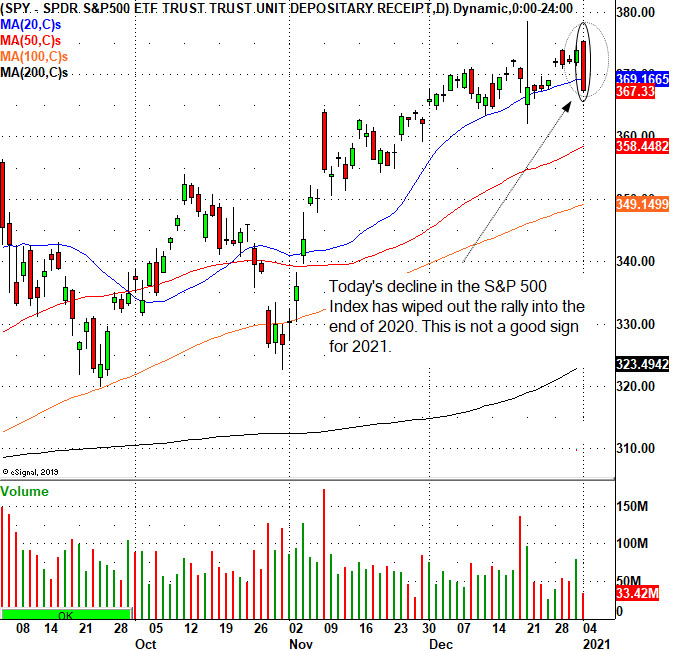