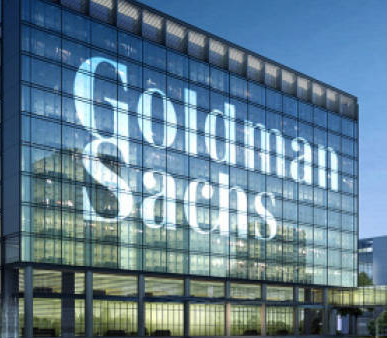 The Dow Jones Industrial Average (DJIA) has been boosted by the surge in Goldman Sachs Group Inc (GS). As you know, the financial stocks have soared with the higher bond yields recently. Goldman stock is also one of the highest priced stocks in the DJIA. So this stock is carrying the most weight right now. J.P. Morgan Chase & Co (JPM) is also a big part of the move in the DJIA, but it is only priced at $161.00 a share, so Goldman Sachs is more important.

The recent rally in the financial stocks has certainly helped lift the DJIA. Now traders must be careful should the financial stocks begin to decline or stage a sell off. Goldman Sachs Group Inc (GS) has now become one of the most important stocks to follow in the market. Now we will need to see if this financial giant has the staying power going forward. If this stock begins to break down at some point it could be the beginning of a larger market decline down the road. 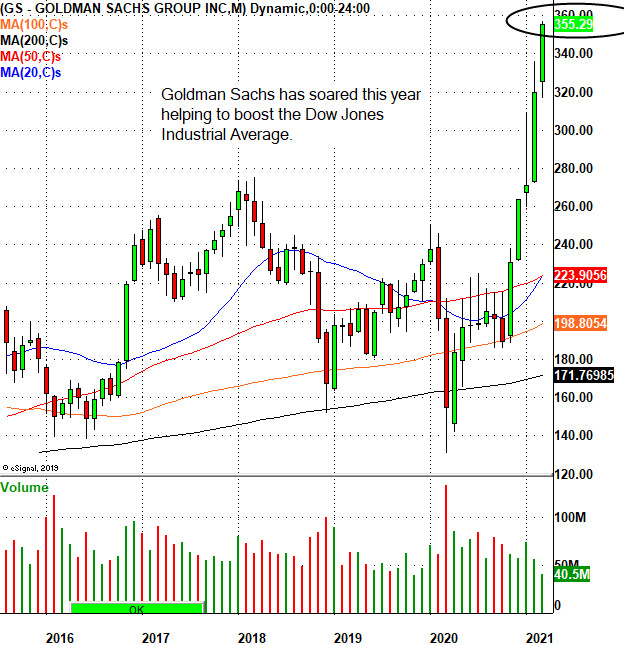