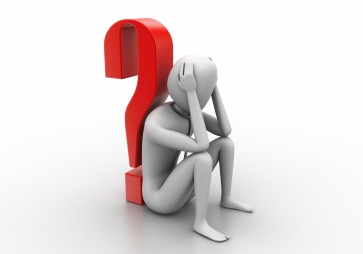 Since late October 2020, the major stocks indexes have rallied significantly higher. Industry groups such as the financial stocks (XLF) and the energy sector (XLE) have participated in the run up over the past 4 months with the major stock indexes. This has certainly helped the market sentiment as traders and investors have bought every dip. These days, market declines barely last 2 or 3 hours of the trading session. Central banks around the world have remained extremely accommodative and this has created a sense of security for the bulls. After all, every correction since March 2009 has resulted in a short squeeze rally to new all time highs. Why should this time be any different?

Every trader and investor should note the volume trends have been extremely light since late October 2020. The SPDR S&P 500 trust (SPY) has averaged around 65 million shares a day over the past 3 months. If you remove the 7 trading sessions where the SPY traded over 100-million shares a day then you would really see how light the volume has been. This tells me that there is a lot of complacency in the market right now. There is really no fear whatsoever as selling pressure disappears by the noon hour every trading session.

Traders must now watch for a heavy volume reversal day for any possibility that a trend change is underway. Until that happens the markets could just simply float higher on lighter volume which means there is a lack of selling pressure. When the markets decline on heavy volume it is how they talk to you. A heavy volume decline will likely be the way this recent run-up ends, until then every dip is being bought on lighter volume and the game of musical chairs continues. 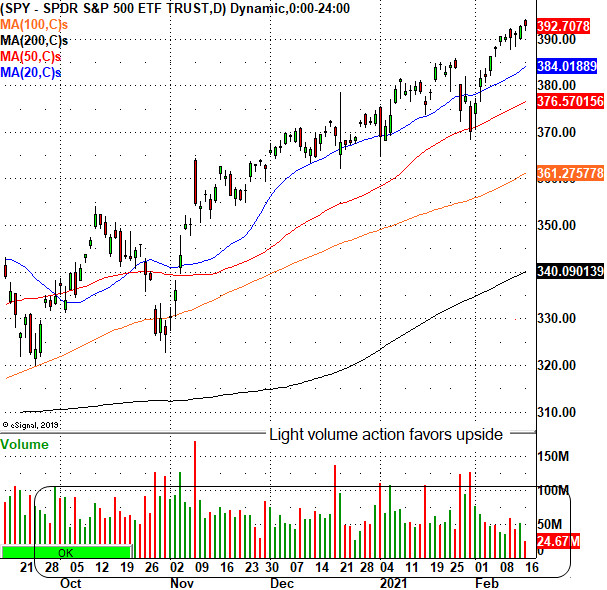